Samuel Tobias was born in Oberdreis on October 6, 1847. He was the fourth child of Jacob Tobias and Malchen Benjamin. In 1872 he married Elisabeth Bertha Eichberg from Osterspai on Rhine, a village not far from the famous rock called Loreley. His younger brother Hermann married a cousin of Bertha, Regine Eichberg. While Hermann and Regine moved southwards to Bingen, Samuel and Bertha went to the North and settled in Hattingen at the fringe of the Ruhr district. Samuel worked as a peddler and traded different goods like toys, dry goods, scrap metal, furniture and cigars. He also ran the “Westphalian pawn office.” Samuel’s elder sister Caroline came to Hattingen in 1875, after the birth of her illegitimate daughter Amalie. The baby died at only five months old. Caroline married Levi Müller from Gelsenkirchen on October 22, 1878. Their son Siegmund was born on September 9, 1881 in Gelsenkirchen. He became a pediatrician and lived in Berlin-Reinickendorf. Siegmund was married three times and had three children. In June 1938 he commited suicide because he was said to be arrested the next day. He was survived by his non-Jewish wife Helene Hedwig Butzmann.

Samuel and Bertha had nine children of whom four died in infancy. Amalie “Malli,” the eldest daughter, was born on November 21, 1873. Johanna was born in 1874 and died in 1880. Henriette was born in 1875 and died at only four weeks old. Elise was born on September 29, 1878. The first son Jacob, born in 1880, died only one month after his birth. Louis was born on September 14, 1881 and Adele on July 18, 1883. Toni, the youngest daughter, was born on October 28, 1884, and Theodor, the youngest son, died two days after his birth in 1885. Bertha died on March 5, 1893, in Langenberg, a neighboring village of Hattingen, where the family had moved after 1892. We don’t know where she is buried. Samuel and his five children then moved to Gelsenkirchen. On November 7, 1895, Samuel married Sophie Joseph née Isaak, a widow from Königssteele who had four children: Max, Paulina, Hedwig and Felix. Samuel and his children moved to Königssteele after the wedding. In April 1899, the family lived at 30 Kaiser Street in Steele. In October 1899, Malli moved from Witten to 32 Kaiser Street, another house owned by Samuel Tobias.

Malli’s first husband was Sally Bloch. He fell in WWI. They had a son named Eugen, born in 1900 in Mülheim on Ruhr, who escaped via Shanghai (addressbook 1939) to Buenos Aires, Argentina with his family. In 1963 they came back to Germany and Eugen died in Bremen in 1978. Malli’s second husband David Dagobert Eichberg from Osterspai died in January 1927 and is buried in Mülheim on Ruhr. They had no children and Malli didn’t re-marry after that. She lived in Oberhausen when she was deported to Theresienstadt on July 22, 1942. On September 21, 1942, she was murdered in Treblinka.

In 1900, Adele moved to Rotthausen, Gelsenkirchen, and her sister Elise married Josef Levy of Walbeck, Geldern. Elise and Josef lived in Essen and had four children: Arthur (1900), Herbert Jakob (1902), Hans (1904) and Herta (1906-1923). In 1911, Elise and her husband Josef lived in Gladbeck, a neighboring town of Recklinghausen, at 66 Kaiser Street, as well as Toni, who married the merchant Aron Schanzer from Silesia in July 1911. After the birth of their son Kurt in April 1912, they moved to Oberhausen. Their daughter Anni was born in Oberhausen in April 1914. Adele married Wilhelm Levy of Bremen in Gladbeck in July 1914. She stayed in Münster for some months and their daughter Anneliese was born there in October 1915. Her husband probably served the military at the time. Their son Heinz was born in Gladbeck in September 1917.

On February 27, 1927, Samuel Tobias died at the Laurentiusstift in Waltrop. His wife Sophie escaped to the Netherlands in January 1939 and died there on February 7, 1939. Her son Joseph died in Koblenz in July 1939. Hedwig is reported missing and we don’t know anything about Paulina and Felix. It was only by chance that we found out about the second family of Samuel Tobias because obviously none of them survived the Holocaust. The children of the first marriage who escaped, didn’t talk about this part of the family. And the municipal registry offices and archives didn’t realize there was a relationship between all the Tobias families spread across the towns of the Ruhr district. We hope to find the graves of Samuel and Bertha someday.

Elise “Elly” and Josef Levy lived in Recklinghausen at 138 Bochumer Street before they left Germany. In November 1938 they emigrated to Buenos Aires, Argentina. Elly died there on September 24, 1947, and is buried at the Jewish cemetery La Tablada.

Louis Tobias worked as a travelling salesman in the Netherlands before April 1935 and then settled in Osnabrück, Germany. He was arrested for “treachery” on February 3, 1938 and interned in the Dachau concentration camp between March and September 1938. Then the political prisoners were sent to Buchenwald. Louis was a forced laborer of “Block 15.” On July 1, 1939, he died of tuberculosis. The court file with the detailed allegations against him were lost.

Adele’s family moved to Iserlohn, Westphalia, in 1923. Her husband Wilhelm Levy opened a shoe store called “Agrippina.” In 1934, they emigrated to Palestine. Adele and Wilhelm lived in Tel Aviv on Balfour Street. Their son Henry worked as a carpenter. Daughter Anneliese married a Greek Jew named Emile Berachas and lived in Tel Aviv on Rothschild Boulevard. Heinz, who called himself Henry now, was the first to go to the United States. On August 18, 1937, he arrived in New York. After the war, in April 1947, his parents followed him. Adele died only a few months later on August 22, 1947, in Elmer, New Jersey, from a heart attack. We don’t know when Wilhelm died. Anneliese and her husband were in a DP camp at Fürth, Germany, in June 1952, and then emigrated to Canada. Anneliese died in Toronto in 1996. Henry died on February 19, 2009, in New York.

Toni and her husband Aron Schanzer, who called himself Arnold, were tenants of the Apollo-theater, a large cinema in Oberhausen
with 800 seats. Arnold also worked as a film distributor The IMDb-database lists him responsible for the movie “Obligation to Silence” (1928). One of the actors was Kurt Gerron, a Jewish actor who had been forced to direct the propaganda-movie, “The Führer Donates a City to the Jews,” about the Ghetto of Theresienstadt in 1944. Before 1933, the Schanzers were wealthy and respected members of the civil society. Arnold was member of the board of the local soccer club Schwarz-Weiss Oberhausen and donated a golden trophy for a tournament, which the team from Oberhausen won in 1927. In 1934 the club melted the trophy and made needles of merit for 30 honored club members from it. It’s very likely that Arnold was excluded from the board after 1933 and they wanted to get rid of the trophy with his name on it. In 1937 the family moved to Duisburg. In January 1938, Toni and Arnold’s daughter Annie emigrated to Buenos Aires, where she married Heinz Braun from Duisburg on April 13, 1938. Her parents came to Argentina in January 1940, travelling from Genoa. We don’t know when Kurt Schanzer emigrated. It’s said that Arnold Schanzer died on September 12, 1948, but he’s not buried in Buenos Aires. Toni’s daughter Annie died in a car accident on October 16, 1951, leaving behind two little children, nine and three years old. Toni died in Buenos Aires on September 20, 1980, at 95 years old. She is buried in La Tablada.

Erich Tobias was a tailor and married a non-Jewish woman named Maria Johanna Langendonk of Herne in 1922. They lived in Recklinghausen for a few years, but moved to Essen in 1927 after Erich’s business failed. He re-opened a new shop in Essen. In 1937, the Gestapo accused Erich and Maria of “Rassenschande” – sexual relations between Jews and non-Jews were prohibited since 1935 and called “race-shame.” The ex-husband of Maria’s sister had told the police that a Jewish customer of Erich, Gustav Salomon, and his Aryan girl-friend Else sometimes had spent the night at their apartment and the two couples even changed partners. Both Maria’s sister as well as Erich and Maria denied these allegations. Gustav Salomon and his girlfriend obviously emigrated to the Netherlands before the bill of “race-shame” became law in 1935. Maria’s ex-brother-in-law could not prove his assertion and so the lawsuit was abandoned. During the interrogation, Maria had told the officers that she converted to Jewish faith. This was a very dangerous statement, because now she was exposed to the same persecution like her husband and she couldn’t protect him anymore. They decided to emigrate to the Netherlands as well. Erich went to Den Haag first. Maria was arrested for helping her husband to cheat his suppliers in 1938, but was released after a while. She followed Erich to Den Haag and both of them were expatriated. In 1940, after the German occupation of the Netherlands, they applied for passports to flee once more. But the German authorities denied issuing the papers because they were not considered German citizens anymore. Erich was taken to a labor camp in Maastricht. Around 1942 he was deported to the Westerbork camp and then to Auschwitz. At the end of the war he was in Wüstegiersdorf, a branch camp of Groß-Rosen, Silesia, where he died on May 27, 1945, three weeks after the liberation. We don’t know how his wife Maria survived, but she is buried in Elsloo, Netherlands, where she died on May 18, 1953.

Ernst Tobias married Käthe Rossbach from Bochum in January 1939. Their first son Denny Samuel was born in Bochum in March 1939, their daughter Mathel in Recklinghausen in February 1940 and their son Berl in March 1941. The family was deported to Warsaw on March 31, 1942, and no one ever heared from of them again.

Rosa Tobias married Karl Jacobs from Haselünne, Emsland. Their daughter Ingeborg was born in June 1926 and son Kurt Wolfgang in September 1928 in Recklinghausen. In October 1935, the family emigrated to Heerlen, Netherlands, where their daughter Ursula was born on January 1, 1938. In June 1942, they lived in Maastricht. On August 31, 1942, the whole family was murdered at Auschwitz.

Irma was married to Louis Eckmann, a Jewish merchant from Schmalkalden, Thuringia. They had no children. Louis emigrated to Great-Britain in 1939, and moved on to Canada and Lancaster, Pennsylvania in July 1940. Irma worked as a dental technician in Essen. She was deported to Izbica on April 22, 1942, and likely killed upon arrival. 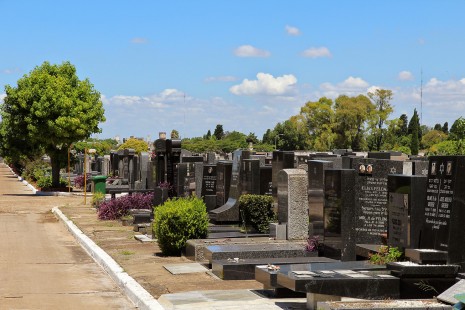