Julie Tobias, daughter of Moses Tobias and Jettchen Oestreich, was born on August 3, 1886, in Heimbach-Weis. She became a clothing merchant and worked in different department stores in Elberfeld and Duisburg before moving to Mülheim on Ruhr. There she was floor manager at the well-known department store Rachelmann & Co. The Mülheim register of residents knows her under the name of “Juliane,” but her friends used to call her “Jula.”

On April 1, 1933, when the first boycott of Jewish shops took place, she lost her job at Rachelmann. Between 1933 and 1938 she lived as a subtenant in the apartment of the architect August Winter on 26 Bülow Street, Mülheim. In September 1939 she moved to Cologne for six weeks and stayed with her sister Lina’s friend Paula Mann on 30 Weidengasse. She probably helped Lina with her new born grandson. He was the illegitimate child of a “half-Jewish” father and a Christian mother. These kind of mixed relationships were  prohibited by the Nuremberg Laws since 1935. Julie’s brother Max, who lived in Cologne as well, had three little children and his wife was pregnant at the time, so Julie’s help was certainly welcome.

At the end of October 1939, Julie went back to Mülheim and two years later, in October 1941, she was forced to move into a Jews house. On December 10, 1941, Julie and 1,000 other Jews from the Rheinland, were deported from Düsseldorf to Riga, Latvia. Only a few days before, her brother Albert tried to send her a postcard from the Lodz ghetto but it was not send.

We don’t know if she met her cousin Gustav Tobias and his family in Riga. They were not allowed to write letters and it was not recorded where or when they were killed. Only a few Jews were selected to work. Many starved to death, died from the cold or were shot by SS commands outside of the Ghetto. Julie must have been a very tender and helpful person, favored by her friends, siblings, nieces and nephews. She was the good soul of the family. Julie was 55 years old when she was deported.

Stolperstein for Juliane Tobias in Mülheim 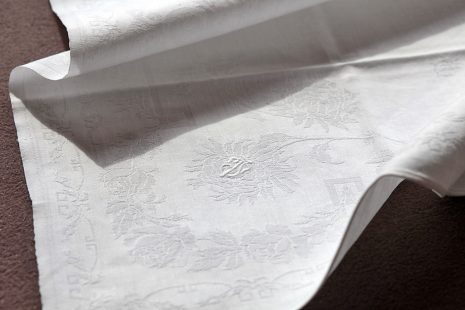